September 13, 2007
Great read on what I feel is a great hurdle commonly overlooked by today's "churched" culture. The article can be found under the "Freebies" link on http://www.thecommune-ity.com/.

Rest assured that the very least of my worries, presenting a title such as this, is taking to task reality entertainment. My deepest concern actually revolves around reality itself and the hopes and fears revealed by this reflection of current culture. Ty Burr in Entertainment Weekly recently referred to as "...a culture built on celebrity worship." He goes on to say, "life, liberty and the pursuit of happiness means getting discovered at Schwab's, or writing a best-seller, or becoming the next American Idol." The begging, pleading and profuse weeping of rejected contestants has very little entertainment value the moment one realizes how much emphasis has been placed on needing this type of validation.

In our Genesis while God was creating the different types of creatures he always referenced the atmosphere in which they were to live and draw their existence. The waters were addressed to bring forth the fish. He spoke of the air when mentioning the winged fowl. A charge went into the earth while creating beasts and creeping things. This was the environment where these creature were to thrive, find meaning and fulfill their purpose. To put the species in the wrong atmosphere and expect it to exist with fulfillment is not just unrealistic, if prolonged, its death.

When God made man he spoke to himself.

God is the environment in which man is to derive sustenance, get his value as a creature and finally make sense of his existence. Seeking this from another source is idolatry -plain and simple- and it kills. No wonder our culture is gasping in fits and starts thrashing on floor like a fish out of water. A good majority of it thinks that a kind word from “Simon” puts them on the fast track to becoming someone. If they only knew. They are suffocating because they are attempting to breath in an environment hostile to how they are made. You see, IN HIM, they already are someone without simon's (or anyone else's) hollow validation. God is the only Judge whose opinion really matters.

What are we doing in student ministry to ease the ache from false pursuits for the empty? Are we connecting the youth of our culture to the exclusive source of human validation?

Idolatry is not, though it is often mistaken, only as simple as finding an object and giving it divine status by worshiping it in some way. The heart of idolatry is much more subtle and crafty. How about any effort to find worth and validation outside of our Creator? This is closer to its essence. What we worship we will become. To worship is to seek to be defined by the thing worshiped. What will we allow to define us and give us fulfillment? This is at the heart of Idolatry.

The reality series referenced in this title is a bleeding edge indicator of the yearning of our present state. “Please give me one more chance!” “Can I sing just one more song?” “This means so much to me.”

These expressions must be properly translated. “Define me or I will be nothing!” “Please validate my existence with social acceptance and its idea of success!” “I have to become famous because I don't see my worth already as a child of God!”

Interpretation comes clearly with the words of yet another rejected contestant crying behind the scenes after failing to make it through the audition, “Now I can go back to being a nobody!”

When was the last time you sought God and the validation that comes from living solely in the environment of His Glory like you craved your next breath? It's impossible to lead someone somewhere we have never been.

Are you breathing o.k.?

Royce Wilson (an evangelist living in ) thinks the best bio is written by the ones who have to live with him. He is head over heels in love with Deanne his wife and crazy about Mackenzie, Zachary and Sydnie his children. They know who he really is and love him in spite of himself. He feels his calling to the Kingdom is first fulfilled as husband and father. 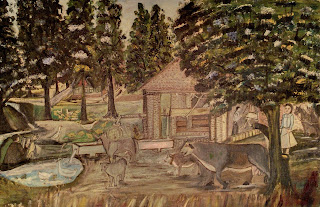